To transform a routine cheque 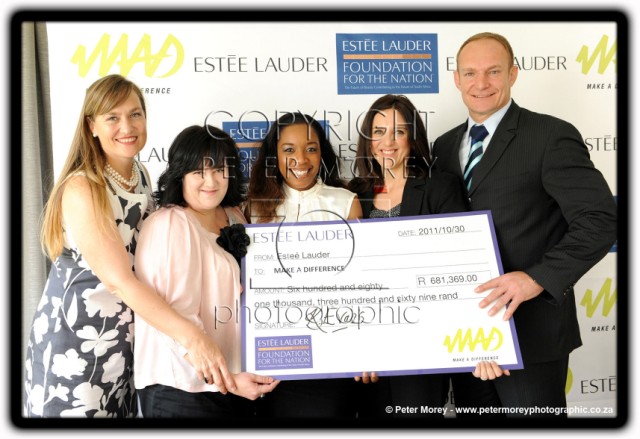 handover into an eye catching image to maximise our client’s media exposure.

We wanted to capture an exciting picture to liven up the event and recognise several staff members involved in the fundraising.

We devised a picture to incorporate a fun rugby angle that still conveyed the message of our client as a caring organisation. Peter Morey discussed his ideas with 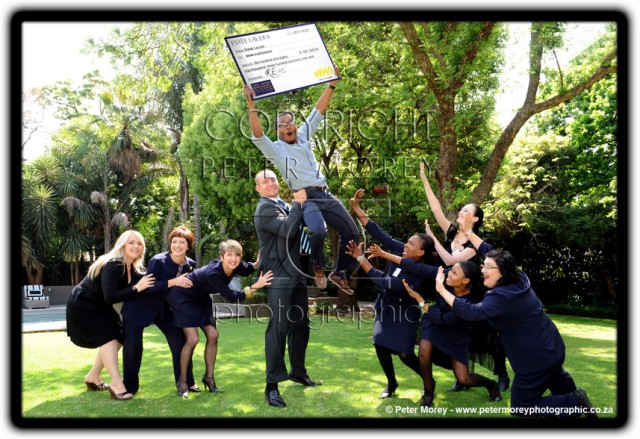 Francois Pienaar and Estee Lauder beforehand, an approach he has found works well with celebrities in a relaxed atmosphere.

By getting the thumbs up from Francois and Estee Lauder and taking time to plan the picture beforehand, Peter managed to portray a lighthearted moment in a well composed image depicting one of the fundraising representatives leaping up in rugby-style up to grab the cheque.